Aside raising funds for our 50th Anniversary project, Barlow Band could use support in other areas. One of those areas would be replacing instruments (some of which are almost 50 years old) and can cost thousands of dollars each.

Please donate, if you can! 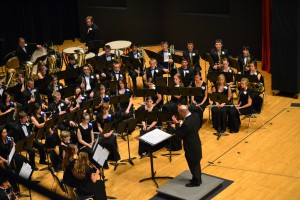 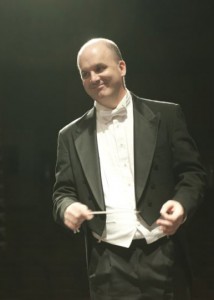 Sam Barlow has a symphonic, concert, freshman, jazz, and stage band. Director of Bands Paul Nickolas directs the Symphonic Band, Freshman Band, Stage Band, Concert Band, and Jazz Bands. There are over 200 students enrolled at Sam Barlow in the bands. The bands at Barlow have won many awards for excellence in district and also OSAA competitions. Band students at Sam Barlow that attend All State, All Northwest, or place at State competitions get inducted onto the Wall of Fame.

Music Education degree with high distinction in 1994. He spent 3 successful years of band directing in Morris, Illinois before returning to Indiana University for his Masters. Mr. Nickolas and his wife Amy live in Troutdale with their daughters Julia & Molly, son John, and three pets.